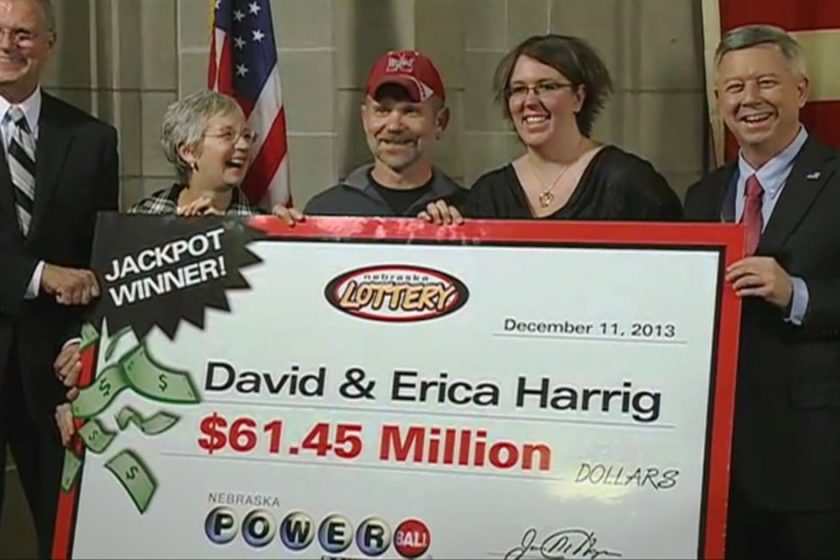 Lotteries are getting bigger and better every year. Earlier this year, on January 13, the Powerball jackpot was worth an incredible $1.6 billion which was shared by three people, which each getting over $500 million. This is an incredible amount of money.

So how are the past and present winners of Powerball and other lotteries such as MegaMillions and EuroMillions coping with their newfound fame and fortune? We investigate the stories of past lottery winners and tell you where they are now.

“I’ve been rich and I’ve been poor, and I like rich a whole lot better. ”

Richard Lustig is one of lottery winners who has made the most of winnings. He actually won his last lottery over two decades ago, but is still going strong, after investing his money very wisely. As he explains in an interview with Time magazine, “Obviously it’s changed my life big time. I’ve been rich and I’ve been poor, and I like rich a whole lot better. We’ve lived in big, fancy houses. I drive a Jaguar. We’ve gone on cruises. I can’t complain.”

Lustig was a professional drummer who won a series of lotteries, including $842,000 playing Mega Money. What makes his story more remarkable is that he made much of his fortune by writing books on his lottery wins and by offering lottery tips to other lottery players. His book, “Learn How to Increase Your Chances of Winning the Lottery”, written in 2010 is still selling very well, and it starts selling faster every time there is a huge Powerball draw which attracts millions of people.

Jack Whittaker’s story isn’t a happy one and one does not understand why. Whittaker was doing pretty well, he was a construction company president when he won a Powerball lottery prize of $315 million in 2002. But 4 years later, he was broke. What made it worse was that his daughter and granddaughter died of drug overdose. He says that the reason this happened was because he became too rich too quick.

That’s really sad, but one cannot blame Powerball just because Whittaker was careless about how he spent his fortune.

Holly Lahti, of Idaho, won the Mega Millions on 2011 worth $380 million. Lahti immediately quit her job as a customer support rep at a bank and went into hiding, disappearing with all her money. Now we know why she did that – she did it so that she didn’t have to share her lottery prize with her estranged husband, Josh Lahti, who she hadn’t officially divorced yet. This is a strange lottery story indeed!

What can we say about Marie Holmes? We have covered her story extensively on our blog. Marie was a 26 year old single mother of four children, one of whom had cerebral palsy. She worked 5 part-time jobs to make ends meet. So one day she realizes that she’s won a Powerball jackpot of $564 million!

The prize money should have transformed her life and it did so too. She says, “I am humbled and grateful for the opportunities this has created for my family.” The only problem – she has a drug addict for a boyfriend, and has spent millions trying to bail him out of jail.

At this rate, there is every chance that Marie will be back doing her part-time jobs unless she gets rid of her boyfriend and thinks seriously about how she spends her newfound wealth.

Dave and Erica (the couple in the picture above) won a lottery of $61 million in 2013, and everything is going perfectly for them. They have bought a lovely new home, new cars and Dave has applied for an early retirement. Erica too does not have to work as a nurse anymore. They have fun with their life, volunteer for charity and invest their money wisely. They have a team of experts who watch over their finances.

Dave and Erica are excellent examples of how you should be when you win a big Powerball or Mega Millions jackpot. Meanwhile, you too can try your luck at Powerball, Mega Millions or EuroMillions here, on TheLotteries.net. All the best!